Class 1 created their own superhero film. There were twenty reception and six year one children involved and the topic was Superheroes.

The project was planned to take place over approximately seven sessions, so it could be completed by half term. We worked on the project over six days, working on the project one session per day, so not to overwhelm the children with the filming process.

We began the project by talking about what we know about films, how they are made and who the people are that make them. This led on to a literacy session about storyboarding film ideas. All the children created storyboards featuring their ideas for problems their superheroes could solve. Four ideas were chosen to feature in the film.

The children then created their own superhero characters and costumes.

Four separate narratives were chosen to make the filming process more manageable. The children were split into four superhero teams and were involved in filming for their part of the film.

We had a premiere of the film (complete with popcorn) on the final day of term with Class 2 joining us to watch.

After viewing the film, we had circle time where we discussed the film: what we enjoyed doing and anything we noticed about the film and the way it was created. The children’s voices were transcribed and their voices added to a classroom display about the project.

The classroom display also included a QR code which when scanned, takes the children to a Vimeo account where they can watch the film.

The film was edited by me (Nicola), without the children as we were too short on time, but following the screening of the film all children were invited to take a look at the editing timeline and play around with the editing features. They could also film short clips and practice editing.

The film was filmed and edited entirely on an ipad. The apps we used were:

The project covered almost all of the EYFS seven areas of learning:

The children could explain their own knowledge about films and story structures. They took account of each other’s ideas and could talk about the character’s feelings in the film and within their own storyboards. They worked together well within their superhero teams, supporting each other during the filming process.

The children extended their vocabulary by using the film terms they had learnt ‘camera roll’, ‘action’ ‘cut’ etc. They listened and responded to each other’s ideas about the film. They were able to use expression to introduce their superhero characters’ to camera. They responded well to instructions and were able to concentrate on the task.

The children used their bodies in different ways to travel across spaces, as we had been exploring in PE sessions.

The children understand that stories, including film stories have a beginning, a middle and an end. Many of the children used their independent writing skills to add text to their storyboards.

The children can discuss the difference between a good person and a bad person within the film. They can use ipads to interact with software for film editing and can recognise that ipads have a range of uses. 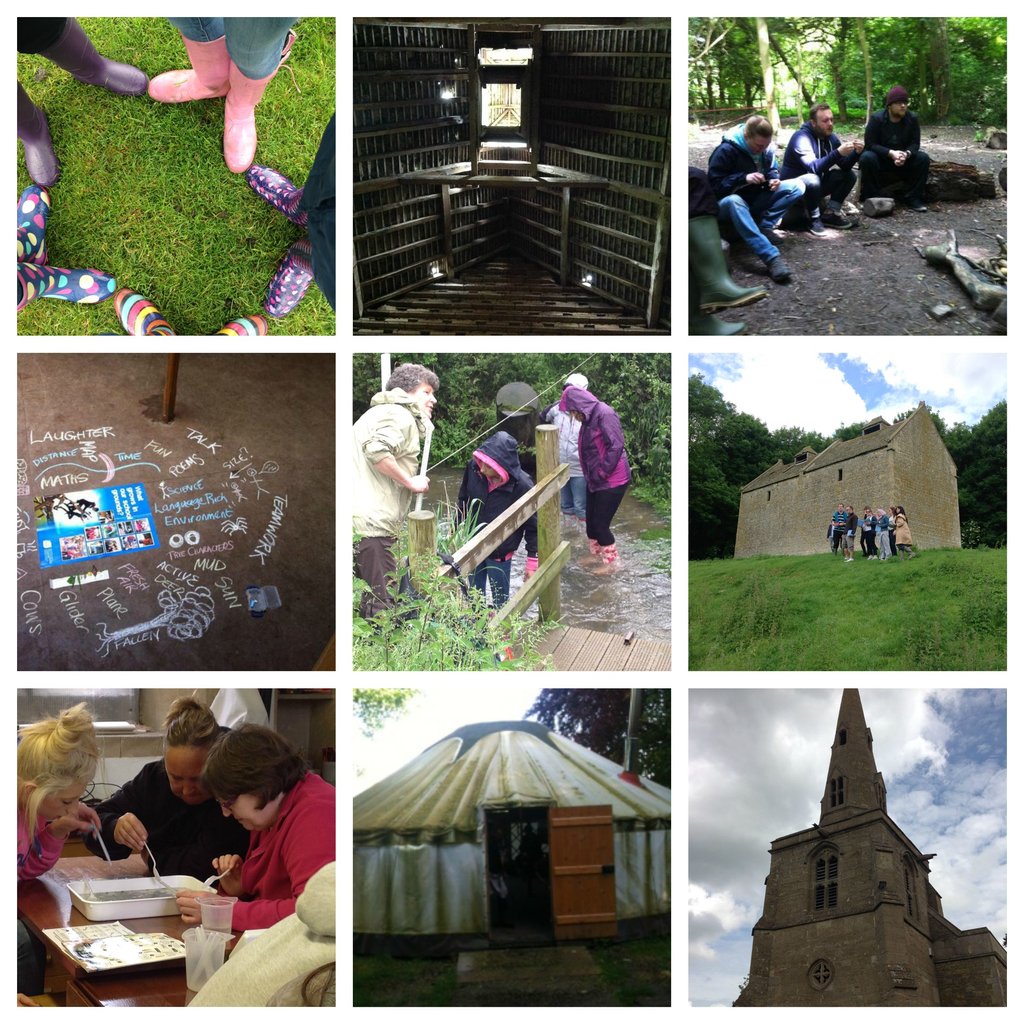 by Kathryn and Chris from Standens Barn

by Natajla, Emma, Nicola and Laura

by Mike Lauren and Dawn

by Helen and Alison from St Loys:

Siobhan Fitzpatrick from GreenOaks and Helen Smith from Kettering Buccleuch

Siobhan loses an arm in the trenches! (made with GreenScreen DoInk and iMovie)

Baby gorilla introduces a ‘When I grow up’ theme: (made with Morfo)

TIP: To add sounds into iMovie save in iTunes and then import as a song in iMovie.

Whilst on my 2b SEN placement, my class (Peaches) covered play scripts in their literacy lessons. Across the four weeks of the placement we focused on a playscript from the Oxford Reading Tree called ‘The Dragon Tree’. I chose this playscript because I observed that dragons were already an interesting feature for the children as part of their reward system.

Throughout the four week placement the children explored the playscript through using puppets. They carried out tasks including changing the setting of the play. This was done using the magic key from the story.

The children were given a variety of destinations to choose from or choose their own. It was further differentiated by allowing some children to draw their destinations. There was a focus on changing the ending of the play and the children were asked how they would rescue Floppy from the Dragon.

Some responses were very creative and independently done. Other children they were given three scenarios to choose from to save Floppy using ‘Communication in Print’.

I knew that the main focus I wanted to get across to the children was that play scripts are meant to be performed. I already had a trip planned to experience standing on stage but I wanted something a bit ‘wow’. With this in mind, I approached the university about using the green screen. It was extremely easy to set up and the app ‘Green Screen’ by Do Ink is very simple to use. The background chosen was taken from the children’s work on their magic key destination. The children discussed their preferred ending from previous work and voted which one to use in their class film. The school had a good selection of puppets which were used which also allowed children to focus on their fine motor skills (which for some of the children were one of their individual targets).

Every child in the class had a role throughout the production. Children who were not able to read or communicate securely were puppeteers; others took turns at reading the character parts and the narrating. All the scenes were then edited and put together using the iMovie app which I found very easy to navigate. The children then wrote invitations following a template to all the children and staff in Pineapples class who had also been studying the Dragon tree to come and watch the movie. Using Apple TV, the movie was shown on the class’s E-board. Popcorn was served to all the children and staff and everyone thoroughly enjoyed the end result.