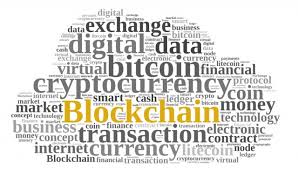 Global production and consumption of sustainable products (e.g. cocoa and bananas), is increasing rapidly. Indeed, the value of trade across listed agricultural and seafood commodities is worth in excess of £35 billion. Organisations are increasingly buying into this agenda. For example, in 2014, the cosmetics and beauty giant L’Oréal committed to sourcing 100% of the renewable raw materials it uses from sustainable sources, as well as a goal of ‘zero deforestation’ by 2020.

However, this rise in trade and consumption is not without its challenges. For example, as is the case in all commodity trading, there is significant price volatility in the markets.  Commodities have been on a roller coaster ride for the past couple of years due to a surge in demand (and subsequent slowdown) from emerging economies, such as India and China, and an increasingly strong dollar. For example, prices for industrial metals (e.g. nickel and copper), fell by almost 40% in 2015 due to decreased demand from China. Another challenge lies in the disparity of the markets. For smaller producers, the capacity to produce for sustainable markets more often than not tends to be concentrated in more developed, export-oriented economies. This is so simply because it is easier to do business where there is better infrastructure and governance. There are some exceptions to this general rule, including cocoa which is largely produced in less-developed economies such as the Ivory Coast and Ghana. Another exception is cobalt, the largest producer of which is the Democratic Republic of Congo, even though around 1/3 of the global market is controlled by the minerals giant Glencore.

Overcoming these challenges requires innovative approaches. Internally, one strategy might be through the use of value chain analysis (i.e. the range of activities in taking a product or service from conceptualisation to delivery). Published by the Harvard Professor Micheal E Porter in 1985, in his seminal text Competitive Advantage, through this approach an organisation examines its production processes (i.e. its primary activities – e.g. marketing, operations, logistics, and support activities – procurement, technology development and human resource management), and identifies where improvements can be made. If the organisation is competing through differentiation advantage it will try to perform its activities more effectively and efficiently than its competitors. If it competes through cost advantage, it will try to perform internal activities at lower costs than its competitors, and therefore enhance its bottom line and competitive advantage.

However, it is in the trading of the commodities that there are significant opportunities for innovation to address the challenges. Blockchain, is one such innovation. Blockchain is a method of recording data – a digital ledger of transactions, agreements and contracts. The key difference is that rather than being stored in one place, the ledger is distributed across several hundreds or thousands of computers globally. It is constantly growing as ‘completed’ blocks are added with a new set of recordings. Blocks are files where data pertaining to transactions are permanently recorded. Thus a block is like a page of a ledger or record book that acts as a permanent store of records which cannot be altered or removed. They are added to the blockchain in a linear, chronological order. Everyone in the network can have access to an up-to-date version of the ledger, in a transparent manner. The idea has been around for a couple of decades, but came to prominence in 2008 with the invention of Bitcoin, the digital currency.

Indeed, if traders started sharing data using a tailor-made version of blockchain it could remove a lot of manual processing, smoothen the volatility, speed up transactions (thereby reducing costs), and overcome infrastructure and capacity differences (thereby leading to some rebalancing of the markets).

Various example, already exist. For example, the technology company Everledger is using blockchain to develop a system of warranties that enable mining companies to verify that their rough-cut diamonds are not being used by militias to fund conflicts, and that they comply with the Kimberley Process – a government and community-backed certification scheme for diamonds. In 2015, the investment bank Goldman Sachs and Chinese investment firm IDG Capital Partners invested £35 million in Circle Internet Financial, a start-up to exploit blockchain technology to improve consumer money transfers. Similarly, the tech company R3 CEV has developed a consortium, including more than 40 global banks (e.g. Barclays, UBS and Wells Fargo), to explore the use of distributed ledger technology. In summary, the rise in resource consumption has brought with it challenges. However, innovative strategies to address these challenges do exist.